What is Skull Base?

and what to expect when visiting your skull base centre 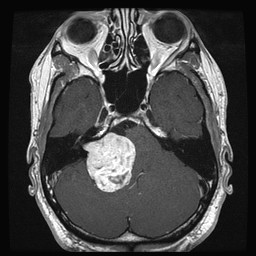 The skull base is the floor of bone separating your brain from your neck; it sits level with your nose and ears. It consists of bone, blood vessels, nerves (which help with movement and the feeling to your head and face), and other soft tissues such as the sinuses, which are air-filled holes around the nose, and the upper part of your neck. In the middle sits the brainstem, which is the bottom part of the brain where it connects to the spinal cord. This is important as most of our nerve connections run through this area and help the rest of our body with movement and sensation. The brainstem is also important as it helps us with our most basic functions such as breathing, our heart rate, sleeping and eating.

People with a skull base tumour can notice different symptoms at first, and this often relates to where the tumour has grown and what nerves and other structures have been affected. Problems that may be noticed include a feeling that the nose is permanently blocked; nosebleeds; sight loss or double vision; facial pain or numbness; hearing loss; dizziness or imbalance; facial weakness; speech difficulties and swallowing problems, and limb weakness. Some of these symptoms can be helped with treatment, and some may be preventable with treatment early on. Some patients can have headache, memory problems or changes in their personality. Rarely, these tumours can cause seizures. It is important to understand that not everyone will have some or all of these symptoms, depending on where the tumour is. Some patients will have no symptoms at all and the tumour may have been found by accident when looking for another reason.

The management of skull base tumours is complex, and many people will be involved in decisions around what treatment you need. This will include surgeons from multiple teams, radiologists (who review scans that you have had), specialist nurses, oncologists (doctors who specialise in delivery of radiotherapy treatment, even though most tumours will be benign and not cancerous) and histologists (who will review any samples that you have had taken of your tumour). These tumours can be difficult to manage because they are located near to important parts of your brain and spinal cord.

After the whole team have reviewed your scans and other information, we will discuss with you what the best options are for your treatment. This may simply be to continue watching your tumour, or it may be to consider surgery or radiotherapy. You will be able to meet all the doctors and nurses involved in your care, and they will be able to answer any questions that you or your family may have. Managing skull base tumours not only includes treatment of the tumour but also the symptoms caused by that tumour. Your centre will be able to offer specialist advice on hearing, balance, mobility, vision, speech and language therapy, so if you are worried about these do ask.

Below are some information sheets covering the more common tumours that skull base teams manage. The information is designed to be a general overview and will be added to by the centre looking after you.

Not all tumours of the skull base require surgery but when surgery is required it is usually performed by a team comprising an ENT Skull Base surgeon and a Neurosurgeon. Sometimes other surgeons are also involved. This might include a Plastic surgeon, Maxillofacial surgeon and/or Ophthalmic surgeon. The type of surgery performed depends on the site, type and size of the tumour as well as the expertise of the team.

– Endoscopic Sinus Surgery
This type of surgery is usually performed for the removal of tumours involving the nasal cavity, anterior and central skull base.

The operation is performed using special telescopes (also called endoscopes) through the nostrils. This means there are no scars and the stay in hospital is usually short. Two surgeons work together so that maximum access and tumour removal is possible.

– Craniofacial Resection
For larger tumours that involve the anterior skull base, it is sometimes necessary to remove a larger portion of the bone around the skull base to ensure that the tumour is completely removed. This requires a cut either just below the eyebrow, in the hairline over the top of the head or in the gum above the front teeth.

There are three main operations performed to remove tumours involving the middle or back portion of the skull base.

– Translabyrinthine Approach
This is the most commonly performed operation and is used mainly for the removal of vestibular schwannoma (acoustic neuroma). It requires removal of most of the bone around the ear and as a result the hearing is lost on the operated side. However, the majority of patients having this sort of surgery have poor hearing already. By removing the bone, the lining of the brain is exposed and can be opened with minimal brain retraction in order to enable removal of the tumour.

– Retrosigmoid Approach
This approach is an alternative to the translabyrinthine approach. It involves cutting a bony window in the skull behind the ear. This technique is useful in patients with small to medium sized tumours and good hearing as it sometimes allows preservation of hearing.

– Middle Fossa Approach
This approach involves cutting a window in the bone of the skull immediately above the ear. It can be used to remove small tumours in patients with good hearing as it sometimes allows preservation of hearing.

Radiotherapy is the use of high energy X-rays to treat tumours. It can be delivered as a single or small number of treatments and this is normally called stereotactic radiosurgery. Alternatively it can be divided into 30 treatments (fractions), which are given daily (Monday to Friday) for several weeks; this is called fractionated stereotactic radiotherapy. To decide which form of radiotherapy is best for you involves an outpatient appointment, look at your MRI scans to assess the size of your tumour, its location and also to consider your own personal preference.

What is the aim of radiotherapy?

Radiotherapy aims to stop benign tumours growing any bigger and for some patients will actually make them shrink, although this may take years following treatment. Radiotherapy in these situations will not remove your tumour. Radiotherapy might also be offered as a treatment after a more aggressive tumour has been excised. Occasionally radiotherapy is offered as palliative treatment to reduce symptoms but not with the intention of cure.

Radiotherapy is split into a number of treatments called fractions that are given over several weeks. Delivering a small fraction of the total radiation dose allows time for normal cells to repair themselves between treatments, thereby reducing side effects. Fractions are usually given five days a week with a rest over the weekend. Therapy sessions often take less than an hour.

The radiation beams are generated by a machine called a linear accelerator. The beams are precisely shaped to match the tumour and are aimed from a variety of directions by rotating the machine around the patient.

The Gamma Knife is not a knife in the conventional sense, but uses a focused array of intersecting radiotherapy beams to treat lesions within the brain.

Within the central body of the Gamma Knife there is an array of separate sources and each of these produces a fine radiation beams. The sources are evenly distributed over the surface of the source core so that each beam is directed at a common focal spot – the tumour.

The resultant intensity of radiation at the focus is extremely high whilst the intensity only a short distance from the focus is very low. This enables a high dose of radiation to be delivered to the abnormal tissues whilst sparing the adjacent healthy brain tissue.  Gamma knife treatment usually requires only a single treatment.

The CyberKnife has X-ray cameras that monitor the position of the tumour and sensors that monitor the patient’s breathing. This enables a robotic arm to reposition the radiotherapy beam during treatment in order to minimise damage to healthy tissue. CyberKnife moves with the patient’s breathing and can track a moving tumour. It is not necessary to fix the head of the patient in a frame, as is required for Gamma knife treatment.